Did You Really “Reply All” On That Last Email?

Office Workers Rejoice: Microsoft is Finally Subduing the Dreaded’ Reply All’ Do never-ending reply-all threads emails put a damper on your business chewing up precious time and resources? The good news is, Microsoft rolled out Reply-All-Storm Protection to all Microsoft Office 365 users, an update announced in 2019 that seeks to ease the email disruption

Do never-ending reply-all threads emails put a damper on your business chewing up precious time and resources? The good news is, Microsoft rolled out Reply-All-Storm Protection to all Microsoft Office 365 users, an update announced in 2019 that seeks to ease the email disruption to business continuity. Microsoft is finally subduing the dreaded Reply-All function. Your office workers can now rejoice! Last year, at the Microsoft Ignite conference, Microsoft announced it would work on a feature that would help prevent Reply-All email storms on Microsoft 365 Exchange email servers. Microsoft says the “Reply-All-Storm Protection” feature will block all email threads with more than 5,000 recipients that have generated more than 10 Reply-All sequences within the last 60 minutes. 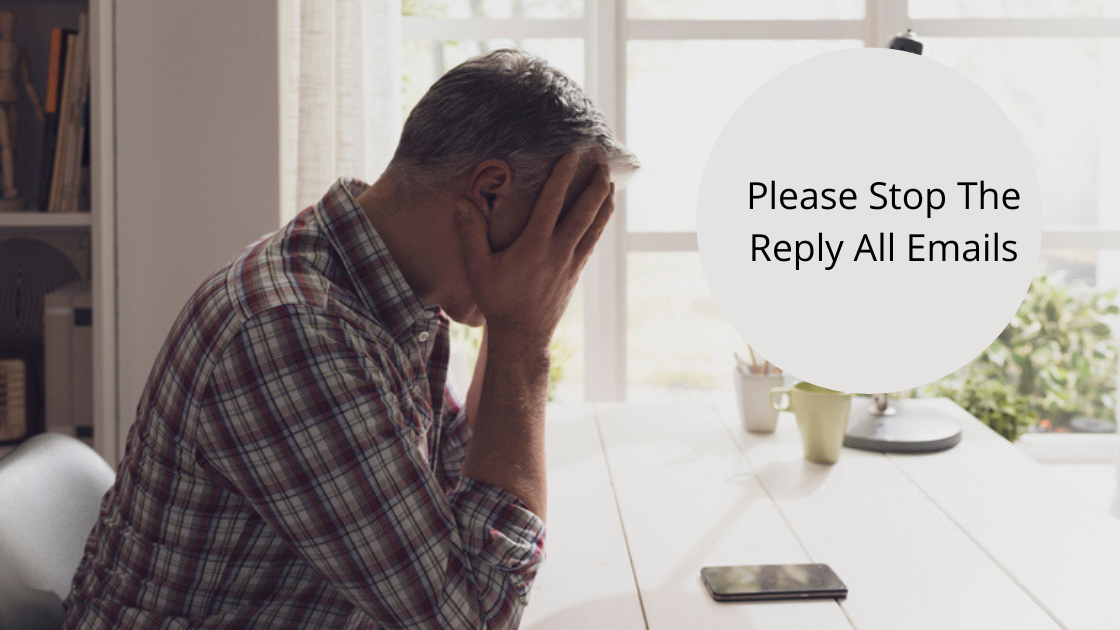 The Flow On Effect of Reply-All Email Storms

When a Reply-All mail storm happens in your organization, it can easily disrupt business continuity. In worst-case scenarios, it can throttle the rest of your organization’s email for a significant period. Emails already drain 5 hours of worker’s time every day without having email servers slowing down or crashing. What happens if the number of recipients in an email chain is large when multiple employees hit the Reply-All button, then the ensuing event generates massive amounts of traffic that will either slow down or crash email servers. Events like this happen almost all the time sometimes because a few employees participating and amplifying Reply-All storms are using this as a prank. Microsoft itself has also fallen victim to Reply-All email storms on at least two occasions, the first in January 2019, and a second in March 2020. The Microsoft Reply-All email storms included more than 52,000 employees, who ended up clogging the company’s internal communications for hours.

Reply-All Storm Protection in some ways sounds pretty simple, but there’s some pretty cool stuff going on in the cloud, that makes this possible: When Microsoft detects what looks like it might become a Reply-All storm, anyone who subsequently attempts to reply to everyone will get a Non-Delivery-Receipt (NDR) message back instead. This basically tells them to stop trying to Reply-All to the thread. Once the feature gets triggered, Exchange Online will block all replies in the email thread for the next four hours, preventing email servers from crashing or slowing down. This feature allows servers to prioritize actual emails and shut down the Reply-All storm.

Over time, as Microsoft gathers usage telemetry and customer feedback, they expect to tweak, fine-tune, and enhance the Reply-All Storm Protection feature to make it even more valuable to a broader range of Microsoft 365 customers. Microsoft said future updates are expected as they will continue working on the functionality going forward, promising to add controls for Exchange admins so they can set their own storm detection limits. Other planned features also include Reply-All storm reports and real-time notifications to alert administrators of an ongoing email storm so that they can keep an eye on the email server’s status for possible slowdowns or crashes. “Humans still behave like humans no matter which company they work for,” the Exchange team said. “We’re already seeing the first version of the feature successfully reduce the impact of reply all storms within Microsoft.”